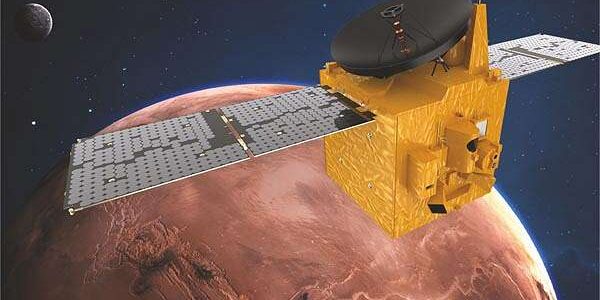 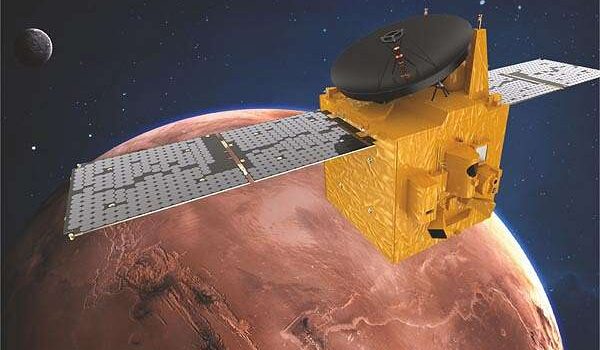 by marsdaily The first Arab space mission, the UAE’s “Hope” probe, is expected to reach Mars’ orbit on Tuesday, making it the first of...

The first Arab space mission, the UAE’s “Hope” probe, is expected to reach Mars’ orbit on Tuesday, making it the first of three spacecraft to arrive at the Red Planet this month.

The United Arab Emirates, China and the United States all launched projects to Mars last July, taking advantage of a period when the Earth and Mars are nearest.

If succesful, the wealthy Gulf state will become the fifth nation to ever reach Mars — a venture timed to mark the 50th anniversary of the unification of the UAE — with the China mission due to become the sixth the following day.

Landmarks across the UAE have been lit up in red at night, government accounts emblazoned with the #ArabstoMars hashtag, and on the big day Dubai’s Burj Khalifa, the world’s tallest tower, will be at the centre of a celebratory show.

“Hope”, known as “Al-Amal” in Arabic, will orbit the planet for at least one Martian year, or 687 days, while the Tianwen-1 from China and the Mars 2020 Perseverance rover from the US will both land on Mars’ surface.

Only the US, India, the former Soviet Union and the European Space Agency have successfully reached the Red Planet in the past.