Our Team Members at MDRS in May

During this May, Paolo and Vittorio, two young researchers and members of Italian Mars Society, will participate in a simulation of a mission to Mars...

During this May, Paolo and Vittorio, two young researchers and members of Italian Mars Society, will participate in a simulation of a mission to Mars that will take place at MDRS (Mars Desert Research Station), an analog habitat built and managed by The Mars Society. Paolo and Vittorio will be part of Crew 212, which will carry out the analog mission “LATAM III”, which is the third mission organised to involve Latin American countries in the developing of space technologies.Vittorio Netti is a Space Architect from Bari, recently graduated at the University of Venice with a thesis regarding space inflatable habitats. He is now enrolled in a Space Architecture and Aerospace Engineering master course in Houston, Texas. He will be the Co-commander and Health and Safety
Officer of the mission. Paolo Guardabasso, born in Catania, Sicily, is an Aerospace Engineer, specialized in space systems for exploration. He has studied in Turin and Paris, and he has done research in the field across Italy,
California, France and the UK. He will be the Executive Officer of the mission.As the mission start gets closer, Paolo and Vittorio are currently preparing their experiments: their work is focused on the development of aerial drones to test the utility of these types of vehicles for future crews to Mars. Being Mars’ atmosphere significantly different from ours, aerodynamics cannot be simulated at the MDRS. Nevertheless, studying different operational scenarios will help understand the potential of this technology. Paolo’s experimental multicopter will hover above the MDRS and it will use a 3-axis gimbal camera to observe both the station (to assess its condition), and the
surroundings (as a weathercast system). Vittorio’s vehicle is a fixed-wing experimental drone
equipped with a camera that will fly high in the sky and take several pictures, which will be used to
perform photogrammetric measurements; this experiment is run with the participation of the IUAV,
the University of Venice. On the side, Paolo will also carry out a human factors experiment each day
for ISAE-SUPAERO, the University of Toulouse.

More information about the crew members and their experiments can be found at www.latam3.space .
You can follow Crew 212 on The Mars Society Peru Instagram page
www.instagram.com/marssocietyperu 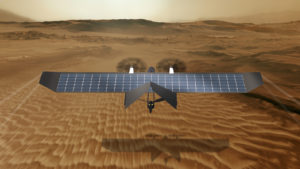 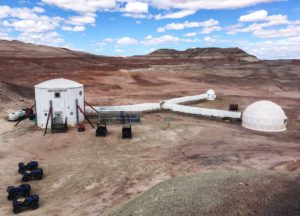 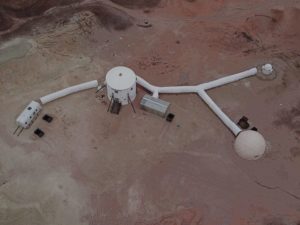 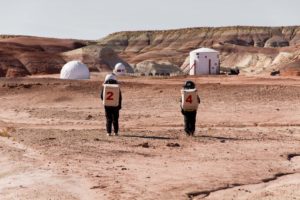