This is an interesting article of Pirelli, the italian world leader of tyres production on using  rubber tyres on Mars: There are four rover vehicles... 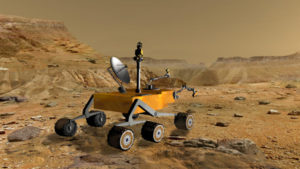 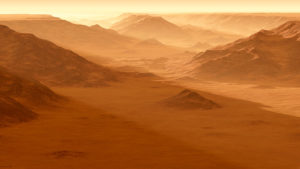 This is an interesting article of Pirelli, the italian world leader of tyres production on using  rubber tyres on Mars:

There are four rover vehicles on Mars but the problems of getting around on the red planet have yet to be fully solved. So how are space agencies getting to grips with the science of exploring the hostile Martian surface?

If you would use rubber tyres on Mars  first, make sure the heater works, because it’s going to be chilly. Temperatures on Mars can drop as low as minus 107 degrees Centigrade. That is beyond the point at which rubber transitions to a glass-like material. Kick those tyres and they might shatter. Small wonder then that Martian rovers do not get around on rubber.

And if the low temperatures did not rule out such material, the weight of a thick rubber tyre, plus weaving and rim, would. Mars rovers have to be light for a variety of reasons – but mainly because of the difficulties involved in getting the craft to land safely on another planet without any human involvement. The margins for error are tiny.

The Martian surface of loose dust, soil and broken rock – called regolith – covering solid rock is unforgiving. If the rover is too heavy at the moment it touches down it might crash rather than land and the mission would be over before it began.